New Zealand (or Aotearoa – land of the long white cloud), truly is one of the most picturesque and photogenic places on earth. A small island nation of just over 4.5 million people, New Zealand is made up of two major land masses (North Islandand South Island) and a number of smaller islands including Stewart Island located in the southwestern Pacific Ocean. The two main islands are divided by a 22km stretch of water called the Cook Strait.

New Zealand is located approximately 1,500km east of Australia and about 1,000km from the Pacific Islands. Due to its relative remoteness and being water locked, New Zealand was one of the last countries to be found and settled.
The country is made up of some of the worlds most spectacular landscapes, from vast mountain ranges, steaming volcanoes to sweeping coastlines. It is a natural playground for thrill seekers and adventurers and those who simply want to visit for the culture and landscapes.

The North Island of New Zealand is known for its volcanic activity, national parks and cosmopolitan cities. Home to about three-quarters of New Zealand’s population, it has the country’s largest city, Auckland. Surrounded by bays and islands, it’s known as the “the City of Sails.” At its southern tips is harbourside capital Wellington, home to the national museum, Te Papa.

Welcome to Auckland, New Zealand’s largest city.  It is a place to enjoy marine adventures, wine trails, bungy jumping, Harbour Bridge walks and a whole lot more. So, consider coming a few days earlier or leaving later to enjoy all that this city has to offer. 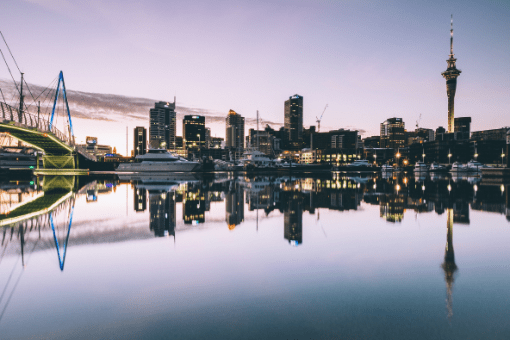 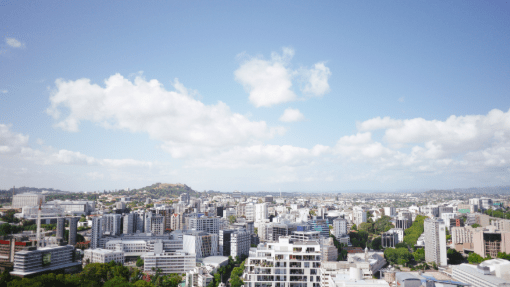 Upon completion of picking up our bikes we will head out of the City towards Thames.  The historic township was founded during the Coromandel gold rush of the 1800s and is located at the southwestern end of the Coromandel Peninsula. Whilst the gold rush is well and truly over Thames is at the beginning of another New Zealand gem, the Coromandel Peninsula.  This rugged and spectacular coastline is where the native bush meets some of New Zealand’s best beaches and will leave you breathless.  Tonight, we will overnight in the lovely seaside town of Whitianga.  If you love seafood, then this is the town for you.

As we say goodbye to Whitianga we continue along the beautiful coastline then head inland to Paeroa.  This little town is best known for producing Lemon and Paeroa a sweet soft drink, which is more commonly referred to as L&P.  Its World Famous in New Zealand and Paeroa has the big bottle to prove it.  After a quick stop here and to check out the local gold mine we head towards Mt Maunganui for lunch, after this, for those who wish can have a walk around one of the most walked tracks which takes you around the Mount, or up to the top, (the Maori name being Mauao). We continue then through kiwifruit country and on into Rotorua, Rotorua is renowned for its geothermal activity and Maori culture.  Tonight, you will finish off at the Tamaki Maori Village, New Zealand’s most awarded cultural tourism attraction, this includes a culture show and traditional Maori hangi meal. 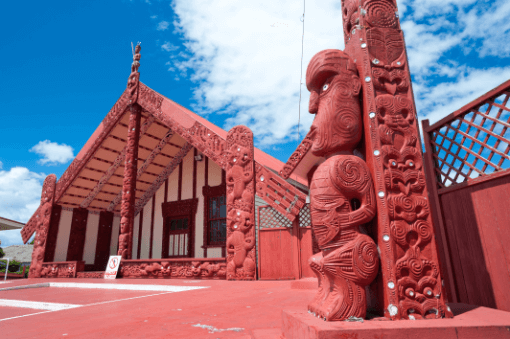 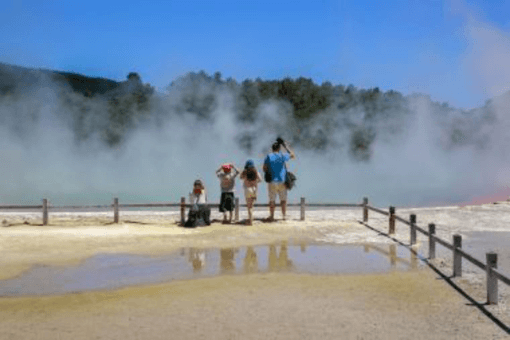 Leaving Rotorua, we ride around the lakes to lunch at Whakatane, situated on the East Coast. We travel on through beautiful coastal scenery taking us to Opotiki and the Waioeka gorge.  This is one of the longest and most stunning gorges in New Zealand.  It winds alongside clear sparkling rivers, through native bush and high-country farmland, through to our destination Gisborne. 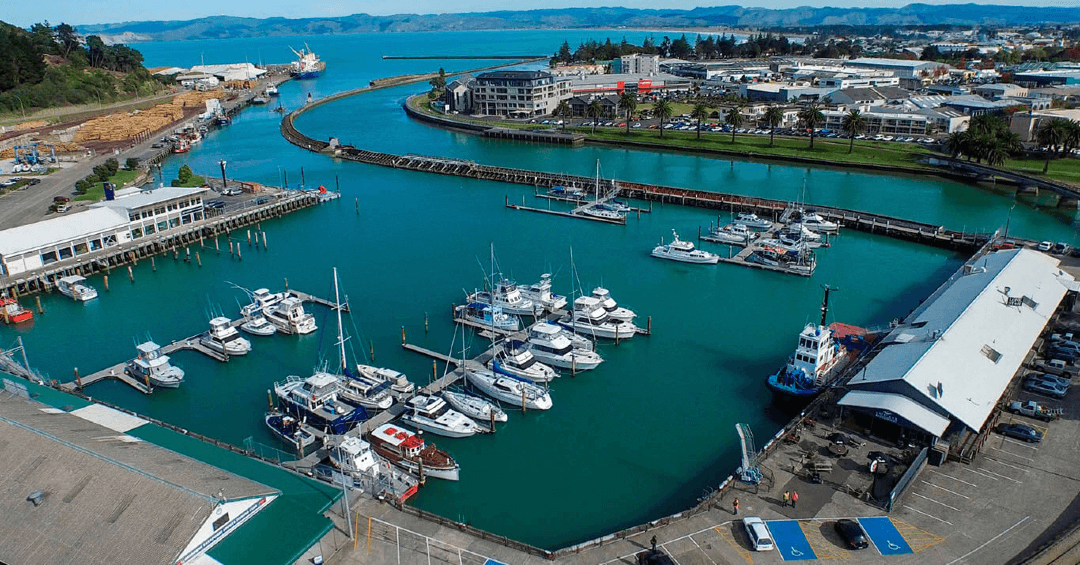 Leaving Gisborne, we ride through more rolling countryside and native bush – to the beautiful City of Napier.  Napier is one of New Zealand’s well renowned wine producing regions.  Rebuilt after the 1931 earthquake, the City is known for its art deco landmarks.  We stop here for lunch and then ride on over the hills, over some of the nicest flowing roads and into Taupo, which is the Central Plateau of the North Island.  We can then look forward to an evening out on the boat, where we will have a barbeque and explore the well-known Maori carvings. 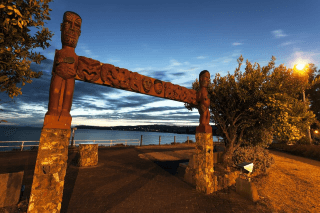 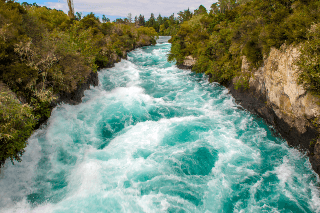 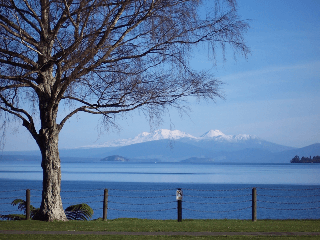 Before leaving Taupo this morning we will ride out to see the Huka Falls, which is one of the most visited free tourist attractions – not to be missed.   Leaving Taupo, we ride around the lake through Turangi to Ohakune, famous for its statue of a carrot which are grown there.  Riding on we head to Waiouru – which at 792 metres is the centre of our military Army Training Camp which is surrounded by rugged countryside, and farmland to Masterton where we will stay the night.

Today we will be riding roads once again surrounded by hilly farmland, and on into the capital city of New Zealand, which is Wellington. This is where our Parliament building, fondly known as the Beehive is situated.  Also, we have the Weta workshops, well known for its immersive film making. Wellington is the furthest South of the North Island. From here we ride out of Wellington along the coastline for awhile then through further rolling countryside arriving in Wanganui. 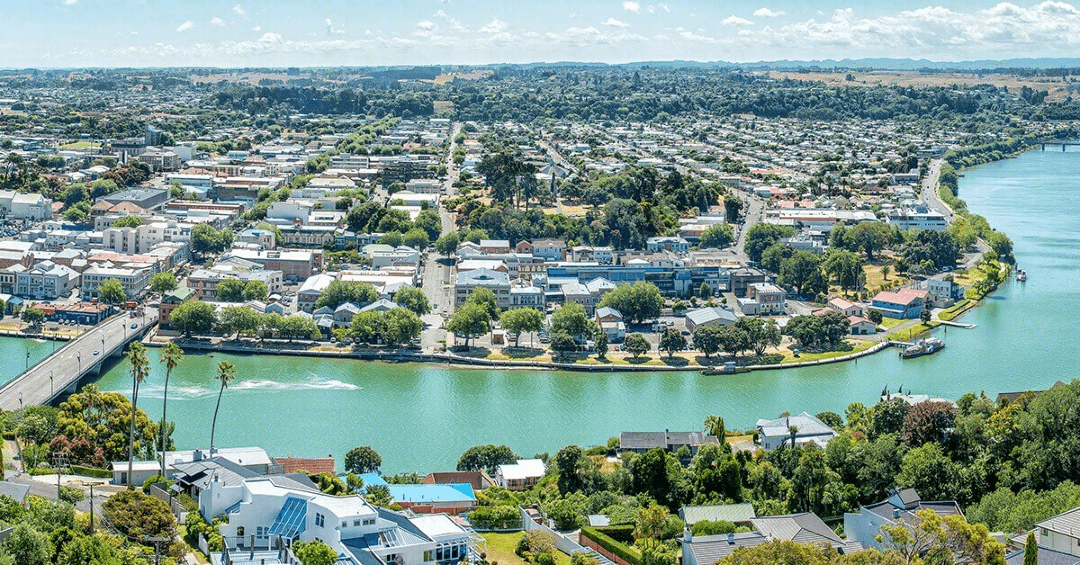 Today we head up the west coast and out to the Whangamomona Hotel for lunch – we will be riding on the forgotten highway, take your passports with you as in 1989 Whangamomona declared itself a Republic and over its 25 years history the Republic has voted in a goat and a poodle as its President!! After lunch we ride back through the forgotten highway to New Plymouth, which is a City on the West Coast, it is mainly farming but has oil, natural gas, and petrochemical exploration and production.  It is also noted for being a coastal City with a mountain within 30 minutes’ drive, where residents and visitors can snowboard, ski, water ski, and surf all in the same day.

Today we ride up through the Awakino gorge and head to our destination Raglan.  On our way we will be riding through winding roads taking us along the western coastline, passing through farmlands into Waitomo where we will be visiting the Caves.  We will then be heading up over winding hills and descending into the coastal town of Raglan which is famous for its surf beach. 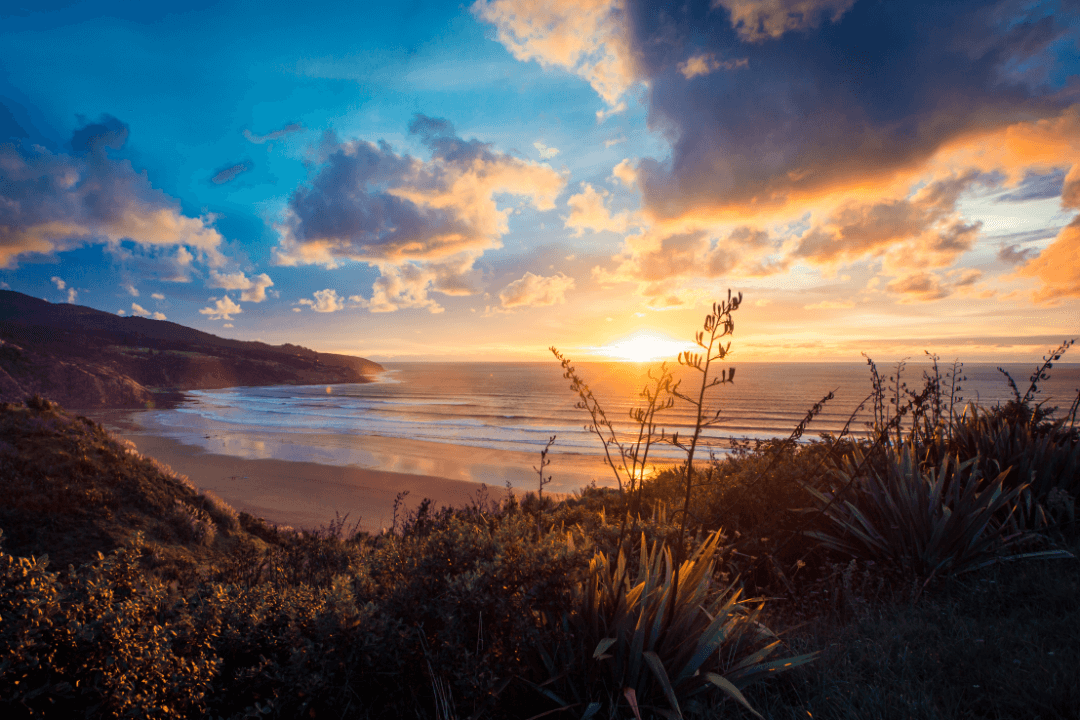 Today being our last day, we head back to Auckland with a ride around the outer city beaches, including Piha and Browns Bay before riding back over the Harbour bridge into Auckland where we return our bikes and have a farewell dinner. 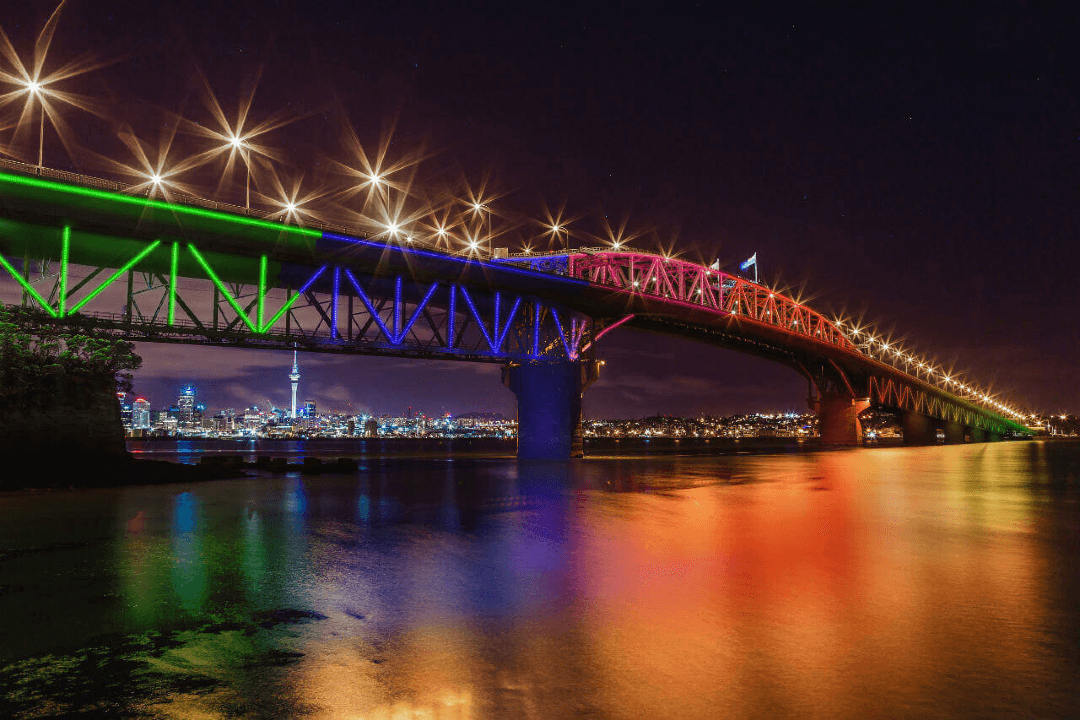 What is Included and Excluded on Motorcycle Tour Package?

What’s included on the tour

Transfer from accommodation to bike pick up

Transfer from bike drop off to last night accommodation

Introductory briefing (including Health and Safety) on Meet and Greet Evening

Safety briefing at the beginning of the tour every morning

Support vehicle with 1 spare seat, if needed, for a passenger

Luggage allowance per person is up to 1 x 25 kg bag. Any extra will have to be carried on your bike

What’s not included on the tour

Any private or personal expenses

Breakfast/Lunch/Dinner (except where mentioned)

Comprehensive Motorcycle Insurance bond to be paid on collection of bikes to rental company of $3000. Refunded if bike returned in condition outlined in Terms and Conditions. (To be paid by a Major Credit Card)

The Roads, the views, the weather, the accommodation n the food were so amazing beautiful…

Thanks a lot Wendy, Ross, Allan and Kerry for your kindness n well-organized tour and also for an unforgettable tour ever… 😍

I am motorcycling since nearly 50 years and over the period have been lucky enough to do so on four continents.

Born2Ride excellently organized the bikes, the daily stages, the routing and the overnight stays. Every effort was made to adapt the tour to rider’s interests and preferences. More than this, the Born2Ride team demonstrated throughout a very personal touch, making the experience one of riding with friends.